This is my Mama Kat’s prompt for the week:

You’re not always right…no you’re not…no you’re not…no you’re not….tell us about a time you were wrong.
Just one time, Kat? When there are so many instances from which to choose?
I knew what I was going to write about the moment Random.org “assigned” me this prompt. When I said what I said back in 1979, the words were right but the timing, setting, and intent were all 100% wrong.
When my family moved back to my parents’ hometown after my ninth grade year, I thought I was, to use a term that my daughter used to employ to describe someone who had a seriously inflated sense of their awesomeness – ALL THAT. I had grown up, for the most part, in a large school system – in ninth grade there had been 1,000 or so ninth graders. I had excelled academically and musically through middle school. In fact, I had won so many medals at solo and ensemble competition that I would probably have set off metal detectors when I was in my band uniform with my full complement of “decorations.” 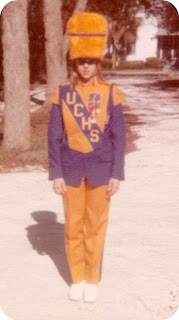 The phrase “big fish in a small pond” is perfectly fitting for my move from Orange Park to Lake Butler, where we had approximately 80 kids per grade in high school. The trouble with this view, though, is that I was a NEW big fish and did not have an understanding or appreciation of the closeness and social structure all of those small fish had developed over the years. I burst upon the scene with all my big fishiness and did, indeed, think I was “all that.” 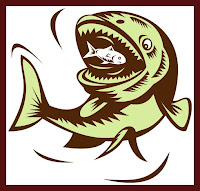 “L” lived next door to my new home in Lake Butler and had lived there all her life, I think. Our families knew each other. (Almost all families know each other in Lake Butler.) She was a few years older than me, but she took me under her wing and really dedicated herself to helping me feel at home, introducing me around, etc. She was supremely kind.
I was at a social function a few months into my life in Lake Butler when I was at a fair and was talking to another good friend of hers. The friend, who I knew only slightly, said, “L says you’re her best friend.” Any guesses what I said next?
Oh, she’s not my best friend.
Even though it was technically true that she wasn’t my best friend, my response stank like a day old rotted fish. It really did. I am sure the response got back to L, because there was a definite cooling of the relationship after that.
I think at the time I was trying to keep some doors open – I had started hanging out with some people who I wanted to impress and didn’t want to give away the “best friend” designation yet – I also had had a best friend in my previous five years who I was still very close to. But being so blunt and candid was hurtful, mean, and …
Wrong … even though it was technically true.
I ended up moving away after high school and “L” and I lost touch. We did connect briefly a few years ago via Facebook, and I wrote a message trying to atone for my hurtful truthfulness so many years ago. Hopefully it helped a bit.
But I still think about this all these years later, and that is the incident I think about when someone is brimming over with excitement and I privately don’t necessarily share the excitement. Usually, it doesn’t hurt anything at all to try and share in their happiness rather than dissecting any factual quibbles.

L, this is for you. With the “best” of intentions for someone who was a true “friend.”